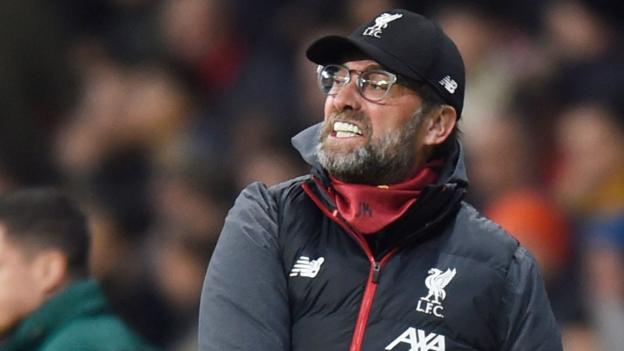 Jurgen Klopp warned Atletico Madrid that Anfield will be as intimidating as the Wanda Metropolitano when Liverpool look to overturn a 1-0 loss from the Champions League last-16 first leg. Saul Niguez’s fourth-minute strike was enough to give the Spanish side the advantage over the defending champions.

Madrid’s stadium was raucous on Tuesday with fans orchestrated by energetic Atletico manager Diego Simeone. “Atletico fans who can a get ticket… ‘welcome to Anfield’,” said Klopp. “Emotions are important. Tonight they were obviously completely on the side of Atletico, but I am really looking forward to the second leg.

“We speak from time to time about the power of Anfield and the power a stadium can have and tonight you saw that. “It’s half-time and we’re 1-0 down. The second half will be played in our stadium and they will feel it.”

Liverpool did not manage a shot on target against a resilient Atletico side – only the second time the Reds have failed to test an opposing goalkeeper since Klopp took over as manager of the club in 2015.