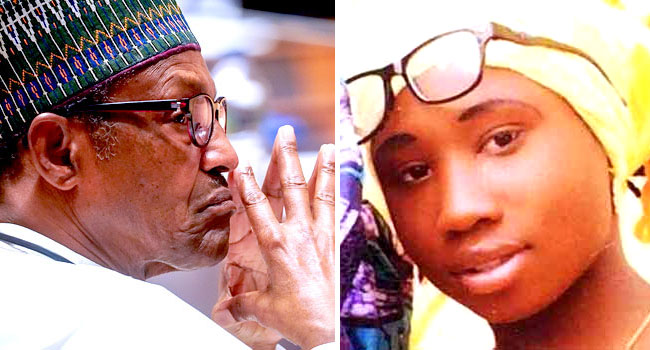 President Muhammadu Buhari on Tuesday commemorated the abduction of Leah Sharibu, the remaining Dapchi schoolgirl in captivity. Two years since the teenager was abducted by a faction of the Boko Haram sect – Islamic State West Africa Province (ISWAP), the President said the Federal Government has redoubled its effort towards her freedom.

In a statement personally signed by him, President Buhari regretted that Leah has remained in the custody of the terrorists because she refused to renounce her Christian faith. He stressed that Nigerians have the right to practice any religion of their choice and nobody has the power to force another to change their faith against their will.

The President, however, gave an assurance that his administration would continue to work to ensure that Leah, as well as other children and captives of terrorists, regain their freedom. He added that the government would ensure this was done without discriminating against any religion or ethnic group.

On February 19, 2018, some insurgents stormed the Government Girls Secondary School in Dapchi, Yobe State and abducted Leah and about 100 other girls.