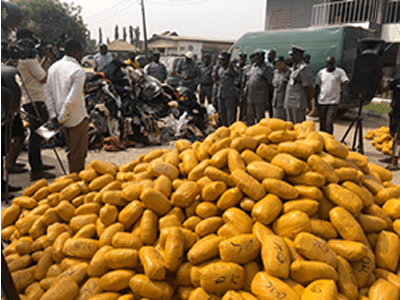 The Area Comptroller, Ahmed Bello said the seizure was made at Bukuru in Baruten Local Government Area of the state between August 2019 and January 2020. He said the seized marijuana weighs 3,593kg and the total duty paid value of the items seized is N448million.

Bello also condemned the act of smuggling and the increased consumption of marijuana by youths. He revealed that the command would continue to dialogue, engage, sensitise and educate the public on the strategic role of the customs activities to the social and economic stability of the country.