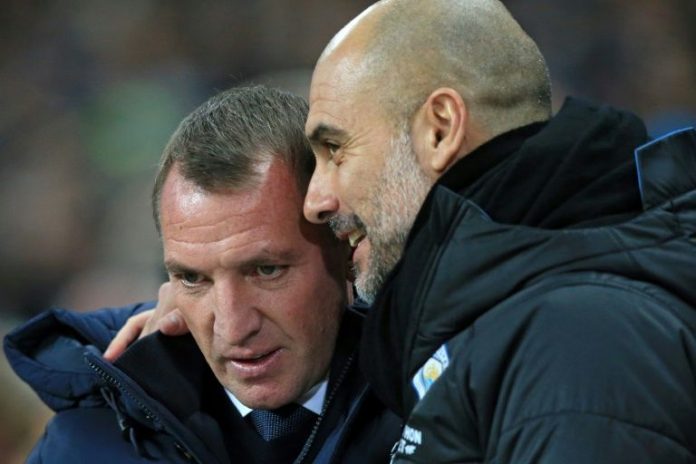 Leicester boss Brendan Rodgers says Manchester City have to “feel your aggression” as the Foxes prepare to host Pep Guardiola’s side on Saturday. Third-placed Leicester are four points behind the reigning Premier League champions with 12 matches remaining.

In the reverse fixture at the Etihad in December they took an early lead but lost 3-1 and Rodgers admitted: “We were too passive. That was pretty clear. “We got a great start but we didn’t press the game well enough.” City have won the league title for the last two seasons but this term trail runaway leaders Liverpool by 22 points.

The Carabao Cup finalists have have lost six league matches, compared to four in the whole of last season, but responded to a 2-0 defeat at Tottenham before the winter break with a 2-0 victory over struggling West Ham on Wednesday evening.

“Man City are a great team but they have to feel your aggression and when you get the ball you have to have quality,” Rodgers said.