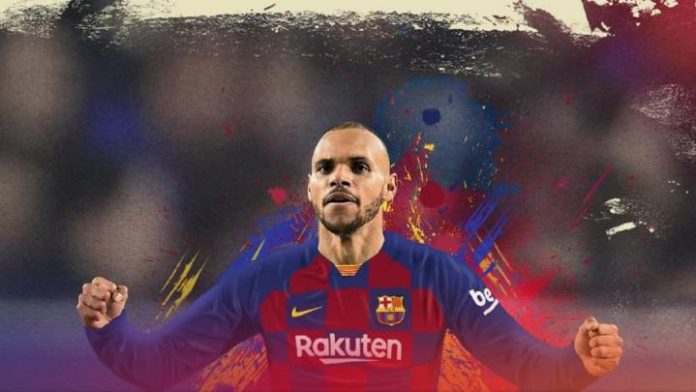 Barcelona have completed the controversial emergency signing of Danish striker Martin Braithwaite from Leganes for 18m euros (£15m). La Liga gave Barcelona permission to make a signing outside the transfer window after Ousmane Dembele was ruled out for six months with an injury.

La Liga rules allow clubs to apply to make new signings if a player is ruled out for more than five months. Braithwaite’s contract will run until the end of June 2024. His deal also includes a buy-out clause of 300m euros (£251m).

Leganes are in the relegation zone of La Liga and have lost the striker, capped 39 times by Denmark, after Barcelona met his buy-out clause. “We will raise our voice,” said Leganes director general Martin Ortega. “We are in a situation of enormous and serious damage.

“We cannot understand the current regulation that a club, having a long-term injury, can perform this operation unilaterally and transfer their problem to our club. “We consider that there is a regulation that is unfair, from which Barcelona has benefited. The one who is damaged by this is Leganes.”

How we helped to prevent food crisis during pandemic – Buhari

Raheem Sterling says Real Madrid are a ‘fantastic club’ but is...

ROUTES ACROSS THE COUNTRY FOR COMPLETION SOON – AMAECHI

SACKED DG IN TROUBLE FOR BLOWING N200B ON POLL