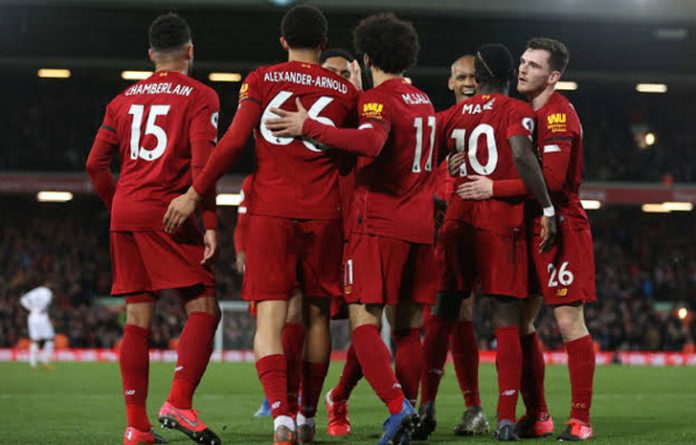 Liverpool survived a rare night of struggle in this stellar season to overcome West Ham United and close to within four wins of the Premier League title as keeper Lukasz Fabianski suffered an Anfield nightmare.

Victory means Liverpool equal the English top-flight record of 18 successive wins, set by Manchester City from August to December 2017, with Jurgen Klopp’s side last dropping points in a 1-1 draw with Manchester United in October. The Hammers – whose fans staged protests against the club’s owners throughout – threatened to inflict Liverpool’s first league defeat this term when they led midway through the second half.

Liverpool took an early lead when Fabianski failed to deal with a routine Georginio Wijnaldum header but David Moyes’ side showed great character to hit back through Issa Diop’s header, which should also have been kept out by Alisson.

And when substitute Pablo Fornals swept West Ham into the lead nine minutes after the break Liverpool were faced with a fight to preserve their unbeaten 27-match league run.