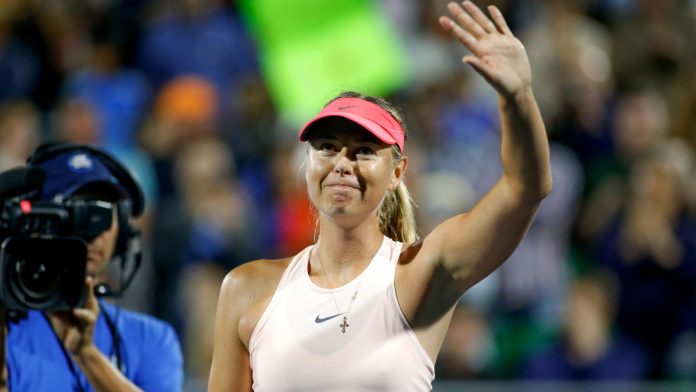 Five-time Grand Slam champion Maria Sharapova is “saying goodbye” to tennis at the age of 32. In an article written for Vogue and Vanity Fair, Sharapova said her body “had become a distraction” after a struggle with shoulder injuries.

The Russian won her first Grand Slam at Wimbledon in 2004 aged 17 and completed the career slam – all four major titles – by winning the French Open in 2012. In 2016, she served a 15-month ban after testing positive for meldonium.

After returning from her ban in 2017, Sharapova struggled to recapture her best form and suffered from a number of injuries. She has dropped to 373 in the world rankings, her lowest ranking since August 2002, and has lost in the first round of her past three Grand Slam tournaments.

In announcing her retirement, she said: “I’m new to this, so please forgive me. Tennis – I’m saying goodbye.

NIGERIANS SPEAK ON PERFORMANCE OF MINISTERS

GARY NEVILLE SACKED BY VALENCIA AFTER LESS THAN FOUR MONTHS IN...