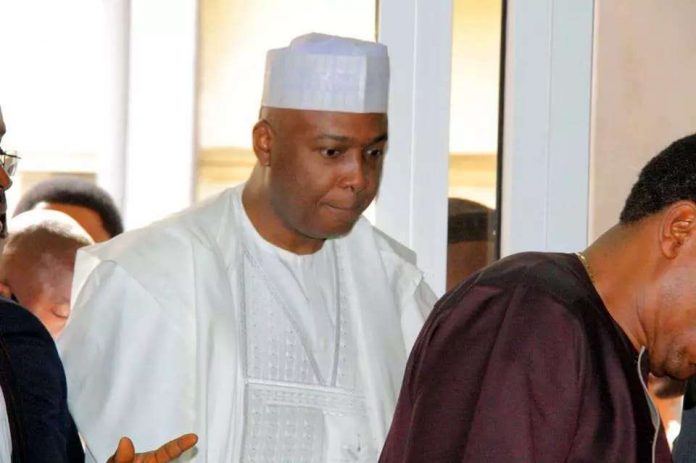 A Federal High Court sitting in Lagos has fixed April 27 for its judgment in the case filed by the Economic and Financial Crimes Commission (EFCC) seeking the final forfeiture of two houses in Ilorin, Kwara State, belonging to a former Senate President, Dr Bukola Saraki.

Justice Rilwan Aikawa fixed the date on Thursday after listening to arguments for and against the final forfeiture of the houses to the Federal Government. In its submission before the court, counsel to the anti-graft agency, Rotimi Oyedepo, said the former Senate President spent N1.09 billion on the two houses, funds which he alleged were stolen from the coffers of Kwara State.

The EFCC claimed that it had evidence that Saraki, who was Kwara State governor between 2003 and 2011, diverted not less than N1 billion belonging to the state. It later obtained an interim order temporarily forfeiting the houses – Plots No. 10 and No. 11 Abdulkadir Road, GRA, Ilorin, Kwara State – to the Federal Government On December 2, 2019.

The commission urged the court to make the interim forfeiture order permanent, a move that Saraki, through his lawyer, Mr Kehinde Ogunwunmiju, vehemently opposed.