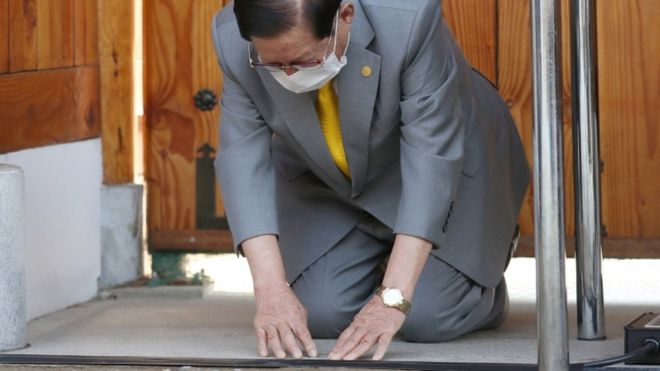 The head of the religious sect that has been at the centre of the coronavirus outbreak in South Korea has apologised to the nation for the disease’s spread.

Lee Man-hee, the leader of the Shincheonji Church of Jesus, got on his knees and bowed at a news conference. About 60% of the country’s more than 4,000 confirmed cases are sect members. On Monday, South Korea – the biggest hotspot outside China – reported 476 new cases, bringing the total number to 4,212. It has recorded 26 deaths.

Prosecutors have been asked to investigate Mr Lee on possible charges of gross negligence. “Although it was not intentional, many people have been infected,” said the 88-year-old leader. “We put our utmost efforts, but were unable to prevent it all.”