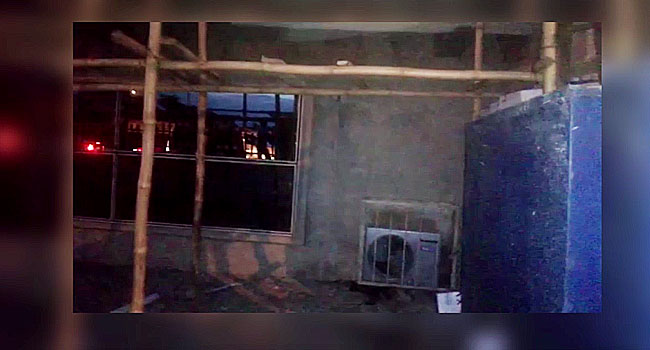 One person has been reported killed after a three-story building collapsed at the Palmgrove area of Lagos State. According to the Lagos State Emergency Management Agency (LASEMA) the building, occupied by keystone bank, collapsed on Saturday evening while it was being renovated.

The LASEMA Director-General, Femi Oke-Osanyintolu, explained that the concrete canopy attached above door level on the ground floor collapsed due to inadequate reinforcement under the weight. He added that two workers were in the building when the canopy collapsed on one of the artisans who had been working on the ground level.

According to the LASEMA boss, it took the combined efforts of the Lagos rescue team, the fire service, the police, and other emergency services to retrieve the remains of the victim who was identified as Ezekiel Ajibola.

His remains have now been handed over to officers of the Pedro Police Station, while the area has been cordoned off to prevent any secondary incident.

US Secretary of State to visit Nigeria, Kenya, and Senegal