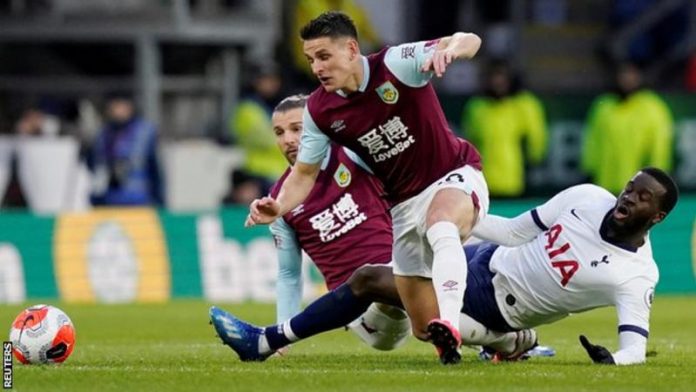 Tottenham Hotspur boss Jose Mourinho singled out the club’s £54m record signing Tanguy Ndombele for criticism after substituting the midfielder at half-time in the 1-1 draw at Burnley. Spurs dominated midfield in the opening 45 minutes and Burnley capitalised when Chris Wood put the hosts ahead.

Ndombele and Oliver Skipp made way for Giovani lo Celso and Lucas Moura at the break as Spurs fought back for a draw. “In the first half we didn’t have a midfield,” said Mourinho. “Of course I’m not speaking of Skipp because he’s a kid of 19 who’s played two hours in the last few days. I don’t criticise him at all.

“But I’m not going to run away and I have to say he [Ndombele] has had enough time to come to a different level. “I know the Premier League is difficult, and some players take a long time to adapt to a different league.