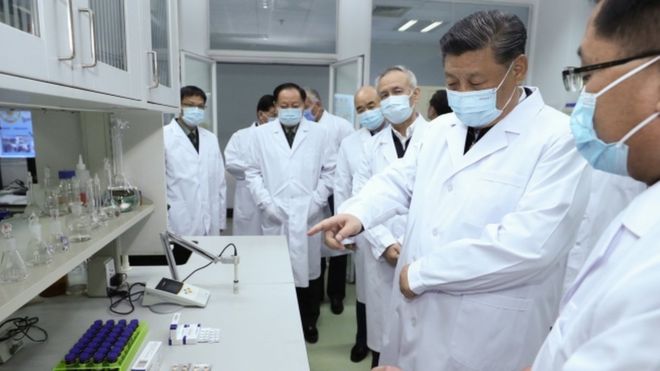 President Xi Jinping has visited Wuhan, the centre of the coronavirus outbreak, sending a message that Beijing has the situation under control.

His visit comes as China records its lowest number of infections, just 19 on Tuesday, all in Wuhan apart from two who had arrived from overseas. There have been 80,754 confirmed cases in mainland China and 3,136 people have died. The visit was Mr Xi’s first trip to Wuhan since the outbreak began.

According to state media, Mr Xi arrived in the city on Tuesday to inspect epidemic prevention and control work in the province. Wuhan and its province, Hubei, have been on lockdown in order to prevent the spread of the disease. The president visited a community in the city currently in self-quarantine.

Global Times quoted analysts as saying Mr Xi’s visit sent a “strong signal to the entire country and the world that China is ascending out of the darkest moment amid the outbreak”.