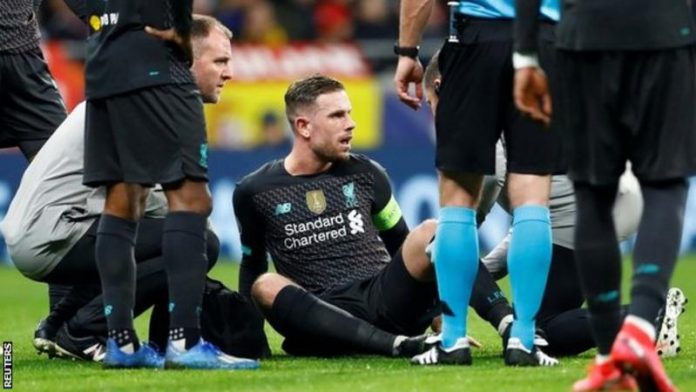 Liverpool captain Jordan Henderson is fit to return for their Champions League last 16 second leg with Atletico Madrid at Anfield. The midfielder has not played since suffering a hamstring injury in the first leg – which Atletico won 1-0.

Goalkeeper Alisson is out with a hip injury for the defending champions. “Not a lot of the Atletico players have played at Anfield before and that is what we want to use,” explained Liverpool manager Jurgen Klopp. “Our crowd will be our advantage and we have to use it with the performance on the pitch.

“It has to be exceptional because they defend deep and have counter-attack threat. Each player can be dangerous. “I have the highest respect for them but there are always ways and we have to find them tomorrow night. We have to show we have really learned from the first game.”

Liverpool have lost three of their past five games in all competitions – more than the rest of the season combined.

Alleged Terrorism: Court strikes out eight of 15 charges against Nnamdi...