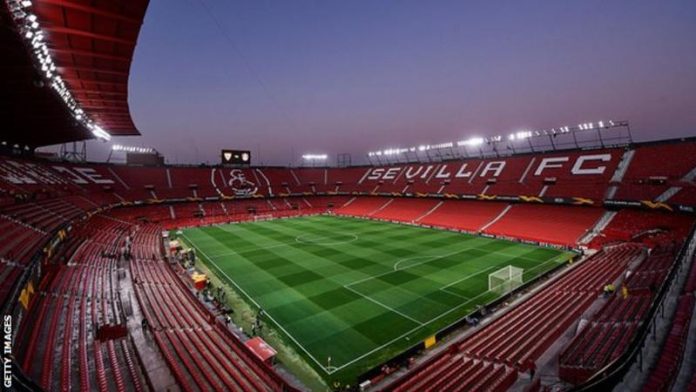 Roma say they will not be travelling to their Europa League tie with Sevilla on Thursday because their plane from Italy is not authorised to land in Spain. The last-16 first-leg game in Seville was already due to be played behind closed doors amid coronavirus fears.

On Tuesday, Italian side Atalanta’s Champions League game at Valencia on Wednesday went ahead as planned. Italy has the most cases outside China with more than 10,000 and the entire country has been placed in lockdown. Some 60 million Italians have been told to stay at home in a bid to stop the spread of coronavirus.

Serie A, along with all sport in Italy, is currently suspended until 3 April, but this does not include Italian clubs or national teams participating in international competitions. In Spain, La Liga games are to be played without fans present until 15 April.

Meanwhile, Spanish side Getafe are reportedly refusing to travel to Italy to face Inter Milan in their Europa League match on Thursday.