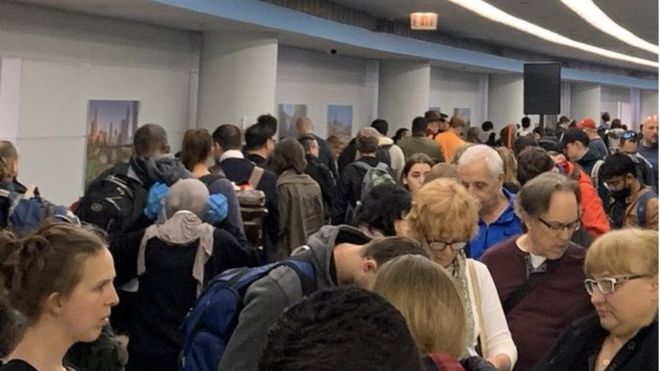 US airports have been thrown into chaos as new coronavirus health screening measures for people returning from Europe are brought into force.

Long queues formed as travellers waited for hours for the screenings before passing through customs. Earlier, Vice-President Mike Pence said a ban imposed on travel from European nations would be extended to the UK and Ireland on Tuesday.

The US has more than 2,700 confirmed cases, with 54 deaths. Illinois governor JB Pritzker said the long lines at Chicago’s O’Hare airport were “unacceptable”.