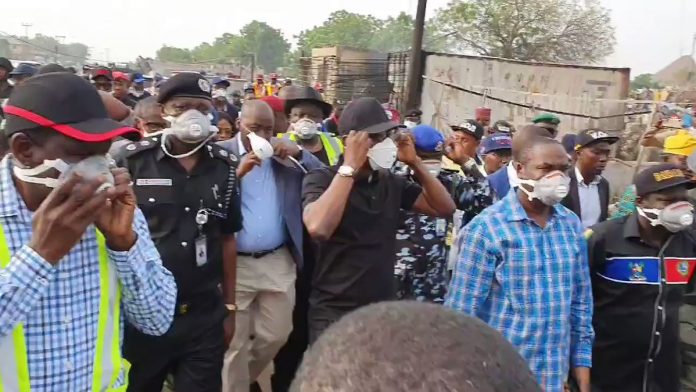 The Lagos State government has announced N2billion relief fund for the victims of the Abule-Ado explosion in Amuwo Odofin Local Government Area. The state governor Babajide Sanwo-Olu made the announcement while addressing journalists at the scene of the explosion on Monday.

Sanwo-Olu added that the sum of N250million will be released immediately and urged well-meaning Nigerians and organisations to contribute to the fund. The governor also announced that an investigative committee has been set up to look into the incident behind the explosion.

The investigative committee will be headed by the deputy governor, Obafemi Hamzat. The committee has been given two weeks to do an extensive investigation into the cause of the incident and what needs to be done to ensure that this does not repeat itself again.