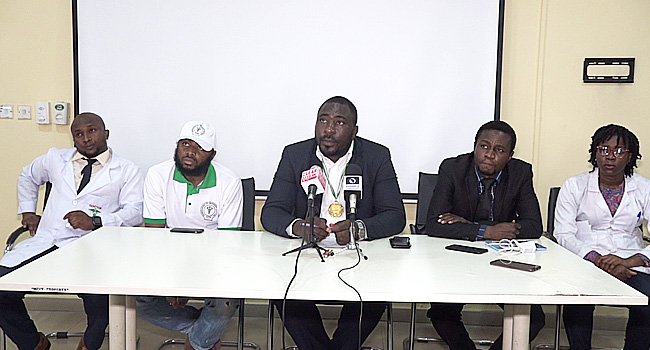 Resident doctors working in the Federal Capital Territory, Abuja, are downing their tools indefinitely, in protest against the non-payment of salaries for members spaning into seven months.

Speaking at a news conference on Tuesday, the president of the Association of Resident Doctors in Abuja, Roland Aigbovo, noted that the decision to embark on the indefinite strike action has become their last resort after several failed promises by the FCT administration to pay their entitlements.

According to him, some doctors who received January salaries got only a paltry sum, ranging from one-fifth to one-tenth of their monthly salaries.

Simultaneous bombing of all bandits will be effective, says El-Rufai

Uefa: All competitions including Champions League and Europa League postponed