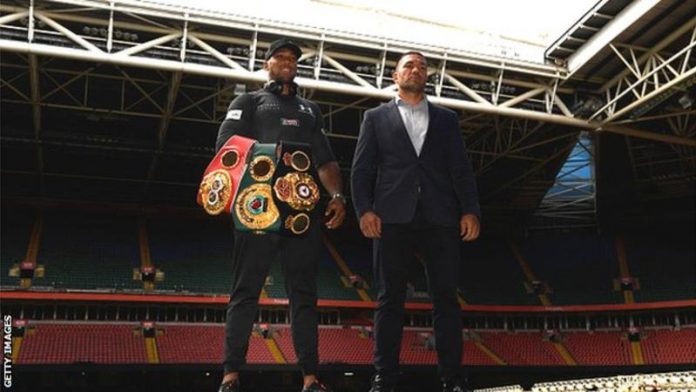 British heavyweight Anthony Joshua’s defence of his IBF, WBA, WBO and IBO world titles against Bulgaria’s Kubrat Pulev has been postponed. The fight was scheduled to take place at Tottenham Hotspur Stadium on Saturday, 20 June.

A statement from Joshua’s promoter Matchroom Boxing said a new date for the fight “was being worked on”. Matchroom added it was “continuing to explore the possibility” of hosting the bout at the same venue at a later date.

Joshua, 30, has not fought since December, when he gained a unanimous points victory over Andy Ruiz Jr in Saudi Arabia to regain his belts after losing to the American-Mexican in New York last June.

Pulev, 38, is the mandatory challenger to Joshua’s IBF belt. He was scheduled to fight Joshua in October 2017 at Cardiff’s Principality Stadium but had to withdraw less than two weeks before the bout because of a shoulder injury.

WHY I RETAINED ARASE AS IGP – BUHARI