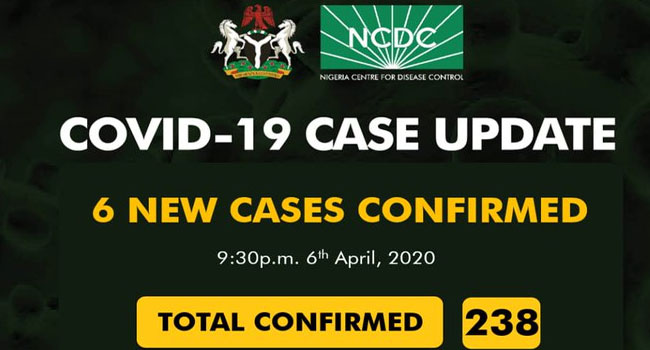 The Nigeria Centre for Disease Control (NCDC) has confirmed six new cases of coronavirus (COVID-19) in the country. In a tweet, the health agency says the total number of cases in Nigeria is 238 as of 9:30pm on Monday.

It revealed that Kwara and Edo recorded two cases respectively while Rivers and the Federal Capital Territory (FCT) confirmed a case each. The total number of deaths recorded so far now stands at five while the figure of those who have been discharged increased from 33 to 35.

This comes hours after Lagos State Governor, Babajide Sanwo-Olu, announced that two more people had recovered in the state.