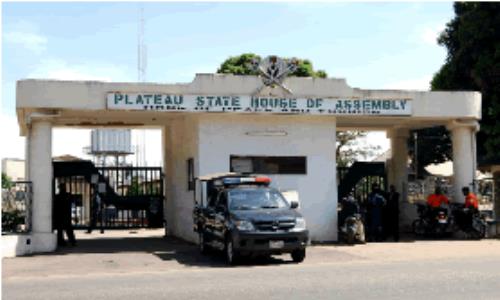 Members of the Plateau State House of Assembly has applauded the Executive Chairman of Langtang North Local government area Laven Ubandoma for being proactive in the fight against COVID-19 in the State. Member representing Panshin South in the state assembly and Chairman House Committee on Information Philip Dasun made the call while contributing to a motion of urgent public importance raised by the House majority leader Hon. Daniel Nanlong, during extraordinary plenary, Thursday.

The lawmaker Said the lock down introduced by the State government to Cushion the effect of the Pandemic is a welcome development Saying the Steps taken will go a long way in Preventing  the Spread of the Virus in the State and applauded the Simon Lalong led administration for his timely intervention.

He said Laven Ubandoma was the first Council Chairman to fumigate his Council and immediately followed with other measures to tackle the Spread of the Virus in his Council and also Provided Palliative measures to cushion the effect of the lock down.