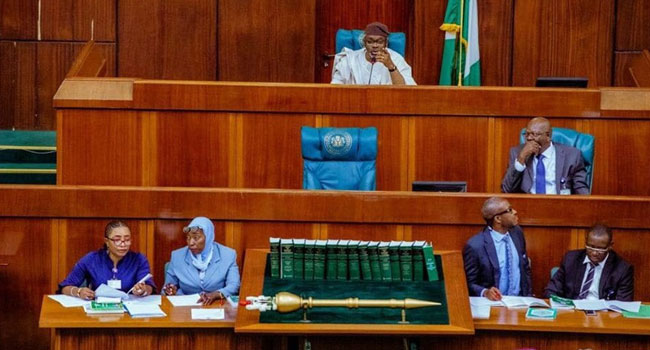 As a result of a strong expression of public disapproval, the House of Representatives on Tuesday at plenary bowed to pressure and say it will subject the Infectious Disease Bill 2020 to a public hearing. The leadership of the House has also denied allegations that it received the sum of $10m bribe to pass the bill, as they insist that they will take legal action against the online publication.

While some Nigerians believe that the introduction of the bill was wrongly timed and is capable to make laws for compulsory intake of vaccination by Nigerians. There is also allegations that a bribe of 10 billion dollars was given to the lawmakers to enable the bill to scale through first and second reading.

But Speaker Femi Gbajabiamila debunked news making the rounds that the proposed bill is a product of inducement by the foreign community. He also denied the conspiracy theory that the House was taking actions against the interest of Nigerians here or abroad.

Electoral Act Amendment: No party can impose its processes on another...

I’m impressed with Masari, Military but we still have a lot...