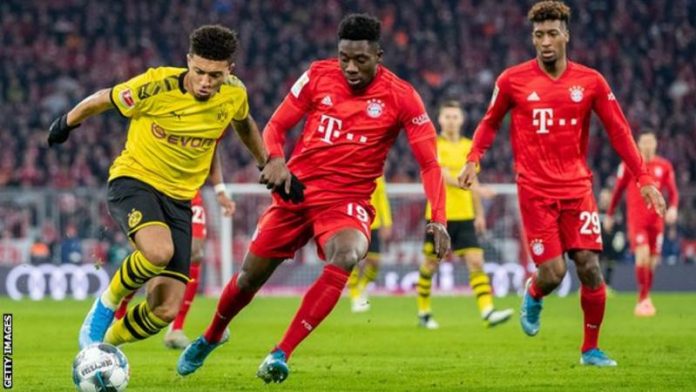 The Bundesliga will resume behind closed doors on Saturday 16 May – and is the first European league to restart following the coronavirus shutdown. One of the games on the day of relaunch will be the derby between Schalke and Borussia Dortmund.

Champions Bayern Munich, who are four points clear at the top of the table, travel to Union Berlin on Sunday. Most teams have nine games to play, with the final weekend of the season rescheduled for 27-28 June. The German Football Association (DFL) said the season would resume under strict health protocols that bans fans from the stadium and requires players to have Covid-19 testing.

Around 300 people, including players, staff and officials, will be in or around the stadiums during matchdays. The league has been suspended since 13 March; clubs returned to training in mid-April with players working out in groups.

Christian Seifert, chief executive of the German Football League (DFL), held a news conference on Thursday where he said despite the empty stands and other restrictions, “it was crucial to resume play”.

9/11 anniversary: Biden calls for unity as US remembers attacks