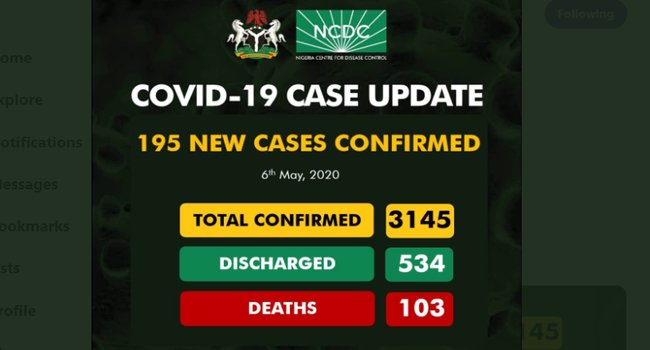 Four cases were recorded in Ogun, 3 in Katsina, while Kaduna and Adamawa have on case each. 534 patients have recovered so far and have been discharged, while 103 persons have died so far. The novel coronavirus has killed at least 260,546 people since the outbreak first emerged in China last December, according to a tally from official sources compiled by AFP at 1900 GMT on Wednesday.

More than 3,710,240 cases were registered in 195 countries and territories. Of these, at least 1,153,300 are now considered recovered. The tallies, using data collected by AFP from national authorities and information from the World Health Organization (WHO), probably reflect only a fraction of the actual number of infections.