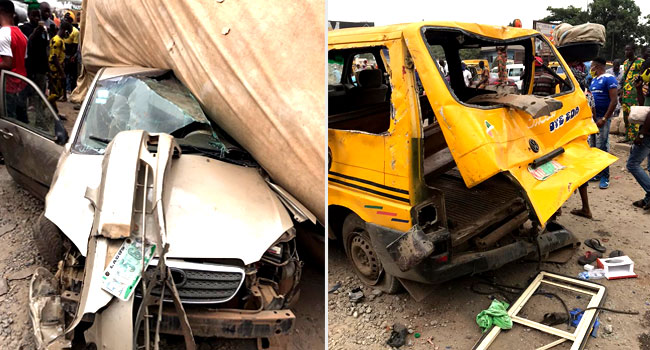 Two persons have been killed in a multiple-car crash at the Ota axis of the Lagos-Abeokuta expressway in Ogun State. The Public Education Officer of the Federal Road Safety Corps (FRSC) in Ogun, Florence Okpe, confirmed this in a statement on Friday.

She explained that the incident, which left a man and a woman dead, occurred at about 11:30am at the Toll Gate area of the highway. According to the FRSC official, seven other people comprising two women and five men were injured in the crash. She added that the accident involved a truck and three other vehicles, as well as two motorcycles.

Okpe noted that the incident was suspected to have occurred as a result of brake failure while the injured victims were taken to the Ota General Hospital.