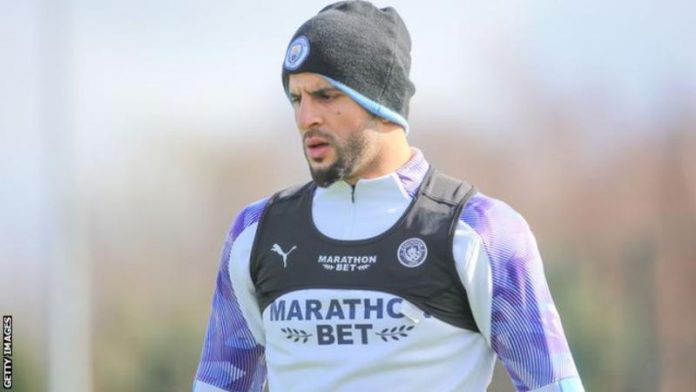 Manchester City defender Kyle Walker has written to some of the club’s supporters to apologise for breaking coronavirus lockdown guidelines twice. Walker put a message on social media on Friday detailing how he had travelled to South Yorkshire to visit his sister and parents at different addresses, and said he felt “harassed” by the media.

He received at least one message personally, as well as others via the club, from fans expressing displeasure and got in touch with supporters after accepting his actions were wrong. The 29-year-old England right-back is understood to have said sorry, told them it will not happen again and, in one instance, sent a match-worn shirt.

Walker is facing disciplinary action from the Premier League club over a lockdown breach in April, when he was reported to have hosted a party involving two sex workers. City said the player had “directly contravened” his responsibility as a role model.