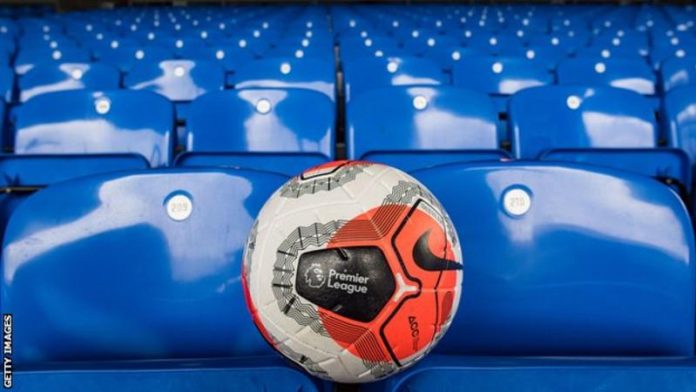 The Premier League is set for a decisive few days in establishing whether it is possible to resume and complete the current season. Club officials will meet on Monday to continue talks on Project Restart. Prime Minister Boris Johnson did not mention professional sport in unveiling plans to reopen society on Sunday.

The government is expected to announce on Monday that some elite athletes can start an initial phase of restricted group training later this week. That will depend on medical protocols being finalised and accepted. Footballers have so far been limited to individual training. A vote on whether to use neutral venues is not planned during Monday’s Premier League meeting – a sign that an estimated six or seven clubs remain opposed to the idea.

But the talks represent a major step towards establishing whether there is an appetite for playing out the season. League bosses do not believe there is wide support for scrapping relegation, and are confident there is a consensus for returning to training, regardless of when the permission to play again is given.

The league has been suspended since 13 March because of the coronavirus pandemic but is aiming to resume in June, with most clubs facing nine games to play.

Arsenal up to 10th with win over Newcastle