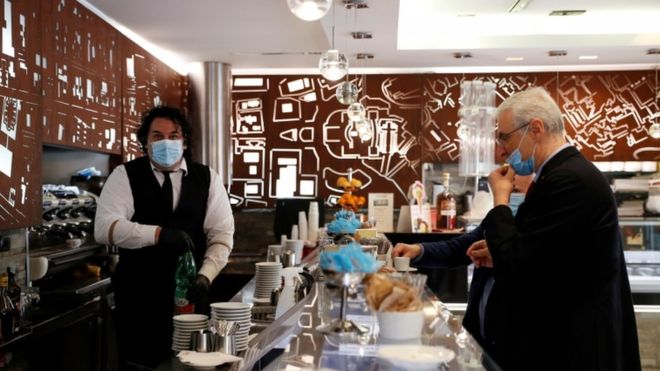 Italy and Spain are among a number of European countries that are further easing their coronavirus lockdown restrictions from Monday. Most businesses in Italy, including bars and hairdressers, will be free to reopen after more than two months of nationwide lockdown measures.

Spain meanwhile has slightly eased restrictions on some of its least affected islands. The measures follow consistent drops in the number of daily recorded deaths. On Sunday, Italy recorded the fewest daily deaths since it entered lockdown in March.

It said 145 people had died with the virus in the previous 24 hours. This marked a significant drop from its highest daily death toll, which was more than 900 on 27 March. In Spain, the daily death toll fell below 100 for the first time since it imposed its lockdown restrictions.

But officials are warning that complacency over the virus could lead to a second wave of infections.

Mother of NYSC member killed in Bayelsa pours out heart on...