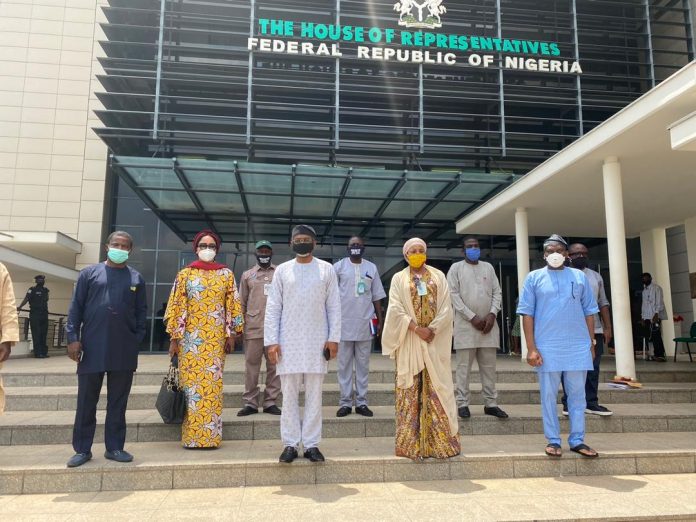 The Speaker of the House of Representatives, Rep. Femi Gbajabiamila, has intervened in the planned strike by the Joint Health Sector Union and the Assembly of Healthcare Professionals (JOHESU), FCT chapter, over issues of irregularities in salary payment, among others.

The Speaker, at a meeting with the officials of the union at the National Assembly, Abuja on Monday, pleaded with the health workers to extend the ultimatum they gave the FCT Administration on the matter. The JOHESU leadership had on May 7, given the government up to May 28 to address the issues of irregularities in salary payment since January, non-payment of arrears of promotion from 2016, 2017 and 2018, delay in the release of conversion and proper placement of some of the workers, among others.

Speaker Gbajabiamila, while pleading with the FCT health workers to tarry a while on the issue, assured that the House would deliberate on the matter at Tuesday plenary on May 19, 2020, and come up with a strong resolution. Gbajabiamila also hinted that the House would meet with officials from the FCTA, the Federal Ministry of Finance, the Budget Office and IPPIS officials to ensure that all issues are resolved with immediate effect.

Speaking at the meeting, the chairman of JOHESU, FCT chapter, Deborah Yusufu, commended the Speaker for his intervention and for being physically present on two occasions to meet with them as well as directing the House Committee on Healthcare Services to continue meeting them. She also commended the Speaker and the House for recognising health workers and their sacrifices in the fight against COVID-19 by way of standing ovation during plenary last week.

EFCC gets final forfeiture of N827.6m from NDDC contractors