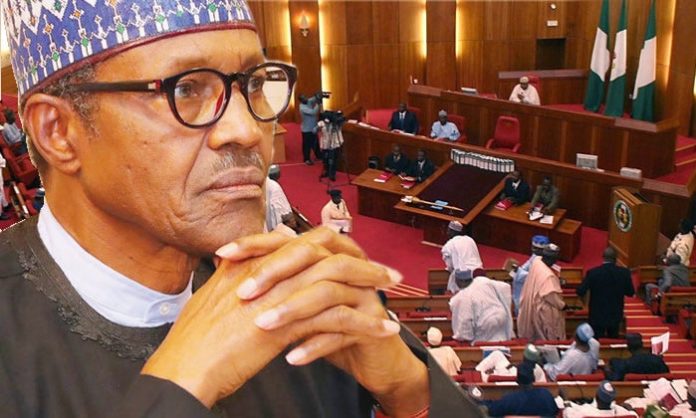 The Senate has asked President Muhammadu Buhari to extend the ongoing military operations against bandits to Sokoto, Niger, Kaduna, Kebbi and Zamfara States. The lawmakers made the appeal on Tuesday during plenary at the Senate Chamber of the National Assembly in Abuja.

Senator Aliyu Abdullahi who sponsored the motion recalled that the Senate had on May 12, 2020, considered two separate motions, asking the Federal Government to immediately address the growing spate of banditry in Niger and Katsina States, respectively.

Senator Sabi Abdullahi said the upper chamber was “aware through a Presidential Spokesman that President Muhammadu Buhari has authorised the commencement of a major military operation to sweep bandits and kidnappers out of Katsina State; as major proactive measures by Special Forces to replace the reactive strikes against the camps of these bandits and criminals”.

“The criminalities by these armed bandits and kidnappers are carried out mostly under the cover of the contagious forests reserves and areas stretching from Katsina, Zamfara, Kaduna and Niger States with pockets of safe havens in Kebbi State”, he said.

White House ‘will not co-operate with impeachment inquiry’