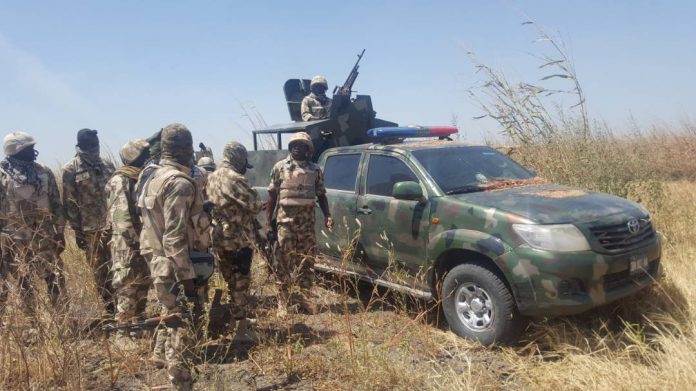 Seven suspected Boko Haram members have been killed by a team of security operatives in Dapchi, Yobe State. The insurgents were said to have attacked the community on Monday, shooting sporadically but were later engaged in a firefight by troops and policemen deployed in the area.

According to local sources, three soldiers and one mobile policeman were injured in the gunfight which lasted about four hours, although calm has returned to the community. The palace of the district head, a maternity clinic, and part of the Divisional Police Station were said to have been burnt by the attackers.

Some of the attackers also carted away with food palliatives brought to the palace of the district head by the Yobe State Emergency Management Agency (SEMA). The military’s fighter jets were said to have destroyed two Toyota Hilux vehicles belonging to the attackers.

Dapchi, which is 100 kilometres from Damaturu, the Yobe State capital, was last attacked on March 5 when seven mobile police officers were killed.