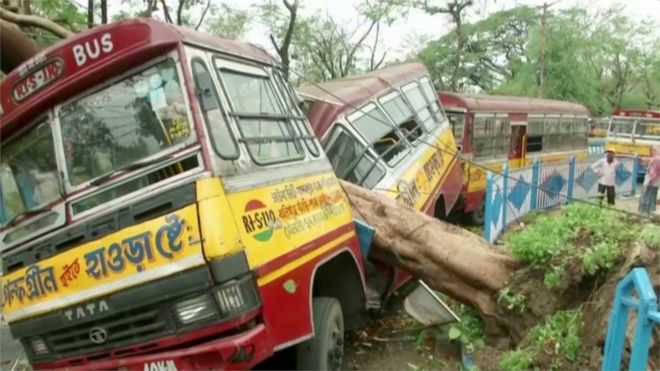 The eastern Indian city of Kolkata has been devastated by a powerful cyclone which has killed at least 84 people across India and Bangladesh.

Storm Amphan struck land on Wednesday, lashing coastal areas with ferocious wind and rain. It is now weakening as it moves north into Bhutan. Thousands of trees were uprooted in the gales, electricity and telephone lines brought down and houses flattened.

Many of Kolkata’s roads are flooded and its 14 million people without power. The storm is the first super cyclone to form in the Bay of Bengal since 1999. Though its winds had weakened by the time it struck, it was still classified as a very severe cyclone.

Coronavirus restrictions have been hindering emergency and relief efforts. Covid-19 and social-distancing measures made mass evacuations more difficult, with shelters unable to be used to full capacity.