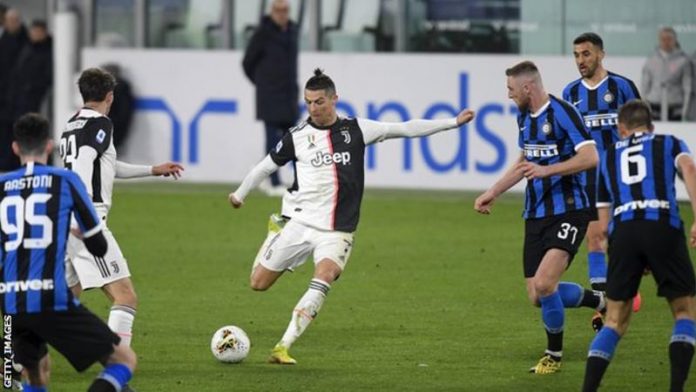 Italy’s football federation (FIGC) has set 20 August as the deadline for finishing the season, with the new campaign starting on 1 September. The current season has been on pause since mid-March because of coronavirus but the FIGC still intends to finish the top three divisions.

There are still 12 rounds of matches remaining in Serie A, while four other games are also outstanding. Juventus, chasing a ninth successive title, lead the table by a point.

The federation also announced that if any of the top three divisions should restart and then stop again, a shorter alternative of a play-off would have to be devised. However, if it was not possible to complete the season even with play-offs, it would implement a coefficient system.

Serie C presents the biggest challenge as it features 60 clubs, divided into three regional groups, with many in difficult financial situations.

Death of Bamise: Jandor commiserates with family of deceased

Why meeting with judiciary, parliamentary workers failed to hold – FG