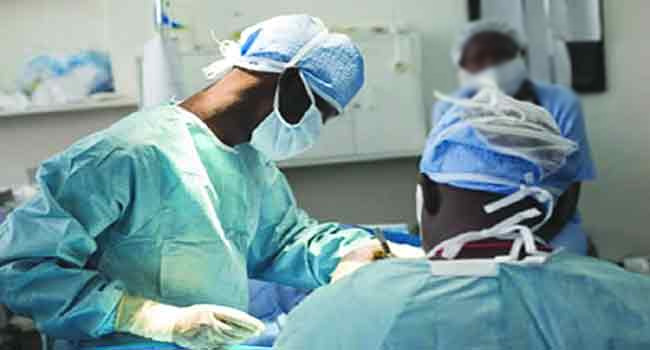 The Lagos State branch of the Nigerian Medical Association (NMA) has reversed its stay-at-home order which it imposed from 6pm on Wednesday (May 20, 2020), following the conflicting order, restricting the movement of essential workers amid the COVID-19 lockdown.

In a statement signed by the Chairman, Dr. Saliu Oseni, and the Secretary of the association, Dr. Moronkola Ramon, the NMA on Thursday said that the decision to reverse the order was necessary after the Nigerian Police Force and the Lagos State Governor, Babajide Sanwo-Olu resolved the issues and assured the safety of the health workers.

“The leadership of the Association has followed the turn of events while monitoring the situation. The Nigerian Police Force has reached out to the association to clarify and give assurance of cooperation with all health-workers. “This, they have also done in the media. The executive Governor of Lagos State, Mr. Babajide Sanwo-Olu was exemplary as his timely intervention from the late hours of May 19th helped prevent worsening of the situation”.

The NMA has assured its members that no one will be harassed in the course of performing their lawful duties.

Beware of relaxing restrictions, ensure no gathering of over 20 persons...