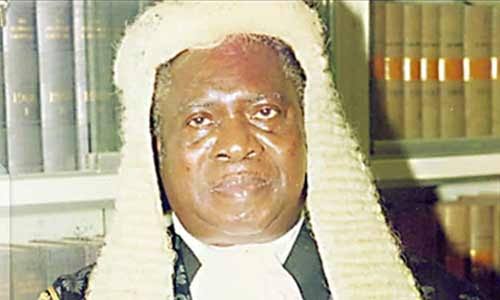 President Muhammadu Buhari has offered his condolences to the people of Rivers State over the passing of a legal icon, Justice Adolphus Godwin Karibi-Whyte.

In a statement released by Presidency spokesman, Femi Adesina, on Saturday, Buhari described Karibi-Whyte as an “erudite jurist” who “lived and led by example”.

Hope for workers as Buhari reflects new minimum wage in 2020...

APPEAL COURT STRIKES OUT SARAKI’S APPLICATION FOR STAY OF PROCEEDINGS