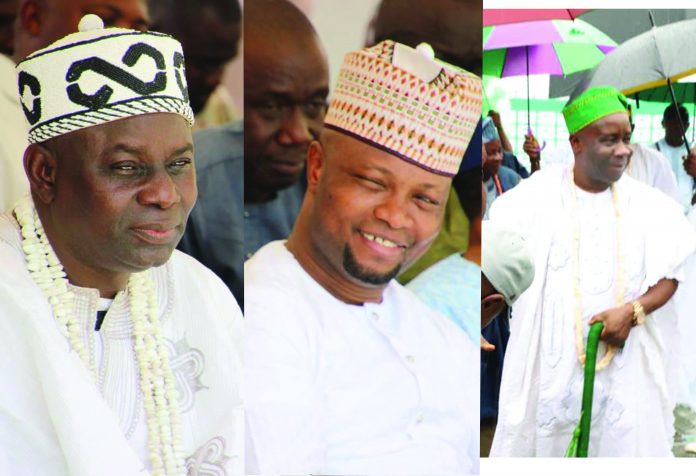 As the Osolu of Irewe Kingdom, Oba Abideen Durosinmi Agunbioyinbo and  Oloto of Oto-Awori Kingdom, Oba Josiah Ilemobade Aina celebrate their 13th year on the throne, the Grand Patron of Ibile-Eko Forum, Mr. Abdul-Azeez Olajide Adediran has joined other illustrious Lagosians, Awori Indigenes home and abroad, and people of the two kingdoms to celebrate their Royal Majesties.

According to Jandor, the duo of Osolu and Oloto who are first class Obas in Lagos state, have been at the fore front of  promotion and elevation Awori indigenes to a more admirable height as a result of their great efforts and consistency, both socially and politically to ensure their sons and daughters attain their rightful positions in Lagos state.

“I am proud to celebrate my Kabiyesi’s, because it is an honour to have these traditional leaders of inestimable value in Yoruba land and beyond.” “Kabeyesi, Ki ade pe lori, ki bata pelese, ki esin oba je ko pe”

Assuring the Obas of his continuous effort to make them proud, Jandor said, “that Lagos must work for Lagos remains the goal of our founding fathers, and this the you have also worked tirelessly for. With your blessings we will make this dream a reality”.