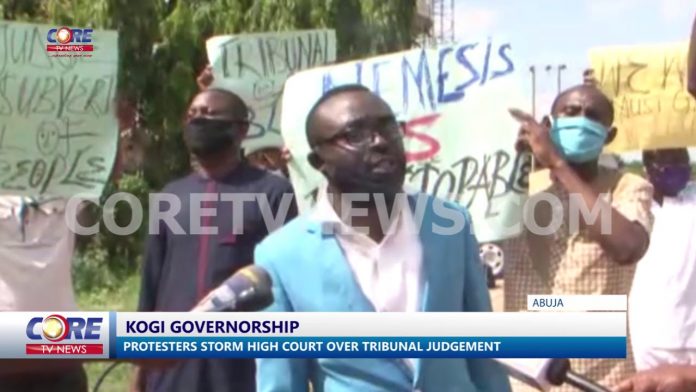 Some protesters have stormed the premises of the Federal High Court in Abuja to express their anger over the judgment of the Kogi State Election Petition Tribunal which in a split decision of two to one affirmed the election of Yahaya Bello as the duly elected governor of Kogi state.

The protesters armed themselves with placards condemning the decision that the election that brought Governor Bello to power.

The tribunal in the judgment that dismissed the petition filed by the candidate of PDP, Musa Wada held that the petitioners pleaded over over-voting, violence, violation of electoral law, hijacking of polling units and electoral materials by armed thugs in seven local government are as of Kogi state but failed to support their allegations with sufficient evidence.