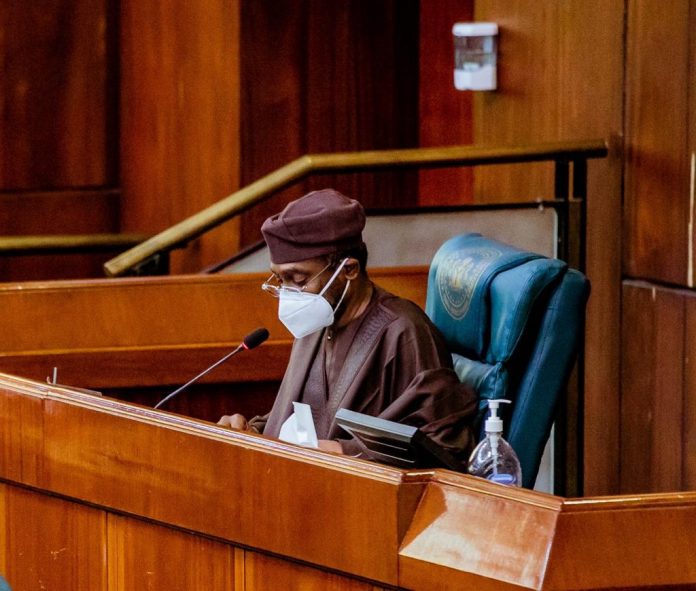 The Speaker of the House of Representatives, Femi Gbajabiamila, has denied a purported letter of extension of service for some National Assembly Staff. A statement by Lanre Lasisi, Special Adviser on Media and Publicity to the Speaker, Reads:

“The attention of the Speaker of the House of Representatives, Femi Gbajabiamila has been drawn to a letter purportedly emanating from his office allegedly stating his endorsement of the new condition of service for National Assembly staff passed by the 8th Assembly.

“The Speaker wishes to inform the general public that there was no time he directed issuance of such purported letter from his office as there is a recognized and authorized channel for all correspondences and resolutions reached by the House or its leadership. “The Speaker also wishes to call on the general public to disregard the letter and always rely on official communication channels of the House for news on the position of the House on any matter”.

But as stated in the controversial letter dated 3rd June, 2020 with Ref. No: NASS/SPK/ADM/VOL.1/520, titled: ‘Reforwarding of memorandum on the review of conditions of service for the National Assembly Service’, addressed to the Chairman National Assembly Service Commission, and acknowledged the same day, was purportedly signed by Chief of Staff to the Hon. Speaker, Hon. Sanusi Garba Rikiji.

FRSC plans driving licence for Nigerians moving to US, Europe