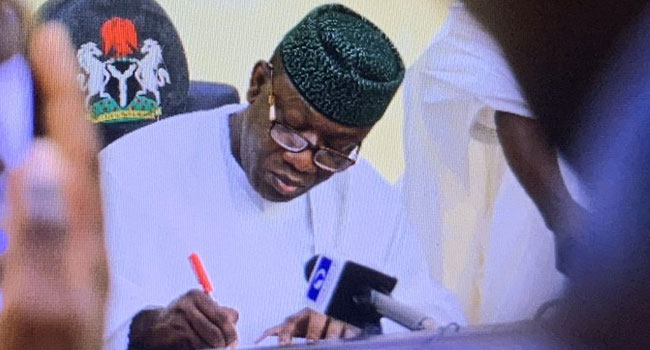 While signing the bill on Friday at the Government House in Ado-Ekiti, Governor Fayemi lamented the rising cases of sexual abuse in the state and said there was a need for legal reviews to prioritize the interest and welfare of victims.

He also called for a more effective prosecution of sex offenders, stressing the need for a national consensus on rape he described as a monster.

With the Sexual Violence Against Children (Compulsory Treatment and Care) Law 2020, a child victim will have rapid access to relevant medical facility for emergency care and infection treatment.

Other provisions include compulsory report of incident to relevant authorities by care givers, safekeeping of records of victims at medical facilities and order of restitution among others.