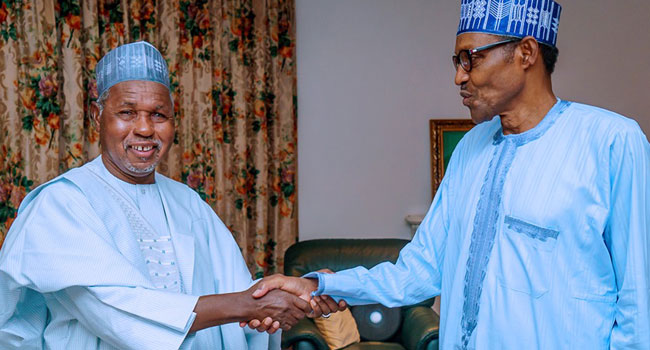 President Muhammadu Buhari has assured the people and government of Katsina State of renewed efforts, and review of operations, to improve the security of lives and property in the state, and other parts of the country.

The President, in a meeting with Governor Aminu Bello Masari, at the State House on Thursday night, said bandits, who have committed crimes against innocent citizens in the state, and across the country, will not be spared.

President Buhari commiserated with Gov Masari over the loss of lives from attacks by bandits, which include District Head of Yantumaki, Alhaji Atiku Maidabino, and APC Chairman in Batsari Local Government Council, Alhaji Abdulhamid Sani Duburawa.