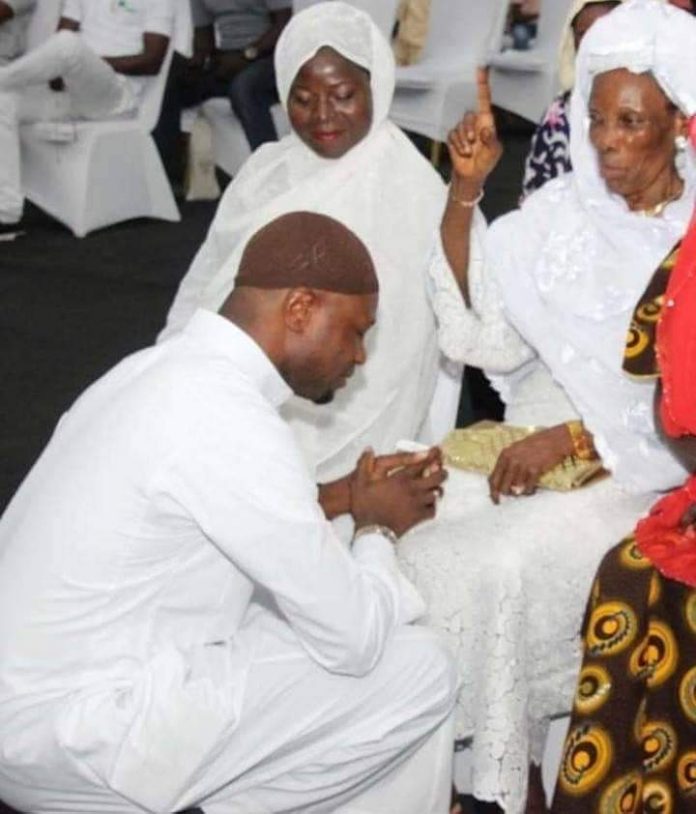 Following the death and burial of his beloved mother, Mrs. Ruth Adediran, the Lead Visioner of Team Jandor, Mr. Abdul-Azeez Olajide Adediran (Jandor), has sent a special appreciation to Lagosians both at home and in the Diaspora for all the love and prayers showered on him and the family at this difficult time.

The matriarch, who passed on at the age of 85, was laid to rest in her home town, Ishagira area of Lagos State in accordance with her Christian faith.

In an emotional message, Jandor wrote:

“My mother’s death was painful no doubt, but I console myself with the kind of relationship that existed between us while she was alive.” Describing his mother as “my Angel”, he added that “She will forever be remembered for her prayers for me on an hourly basis.”

“Her voice of prayers still echo in my ears, especially on this journey.” She never forgot me and everyone who signed up for this project in her prayers.” “We will get there by his grace”, he stated.

He went on to appreciate everyone, “thank you all for your love and all the prayers” “May God continue to bless us all.”, he said.