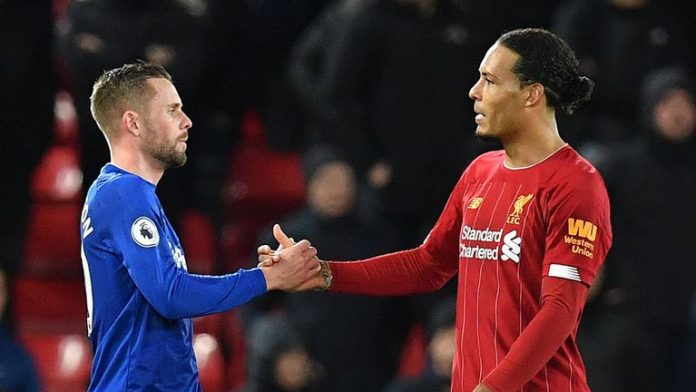 The Merseyside derby has been cleared to be held at Everton’s Goodison Park stadium, while Liverpool can play home matches at Anfield when the Premier League season restarts. The match on 21 June could be the first chance for the Reds – who are 25 points clear at the top – to clinch the title.

It was one of the games considered a risk because of fears fans could congregate outside the ground. Southampton’s St Mary’s had been earmarked as a potential neutral venue. But Liverpool’s ground safety advisory group has now recommended that both Everton and Liverpool can play their remaining home fixtures “safely and securely” behind closed doors at their stadiums.

“We are confident that supporters of these two great clubs will respect safety advice about avoiding visiting stadiums where home and away fixtures are taking place,” said a joint statement by Blue Union and Spirit of Shankly, supporters’ groups for Everton and Liverpool respectively.

“We fully understand the importance of lockdown as a measure to control Covid-19 and would encourage fans to stay away from any stadium and avoid congregating in numbers.” Liverpool can win their first league title for 30 years by beating Everton – if second-placed Manchester City lose at home to Arsenal on 17 June.

Christian Eriksen back in Denmark squad