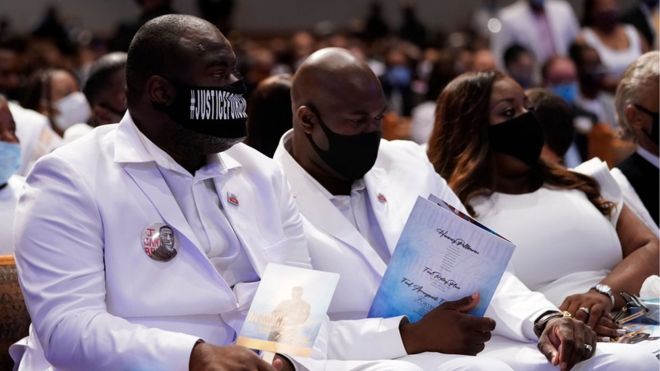 The funeral of George Floyd, an African American whose death in police custody spawned global outrage, has heard impassioned pleas for racial justice.

Speakers in the church in Houston, Texas, lined up to remember a man whose “crime was that he was born black”. Mr Floyd died in Minneapolis last month as a white police officer held a knee on his neck for nearly nine minutes, his final moments filmed on phones.

Four police officers involved have been sacked and charged over his death. His coffin was taken from the church driven in a motorcade to the Houston Memorial Gardens where he was to be buried beside his mother.