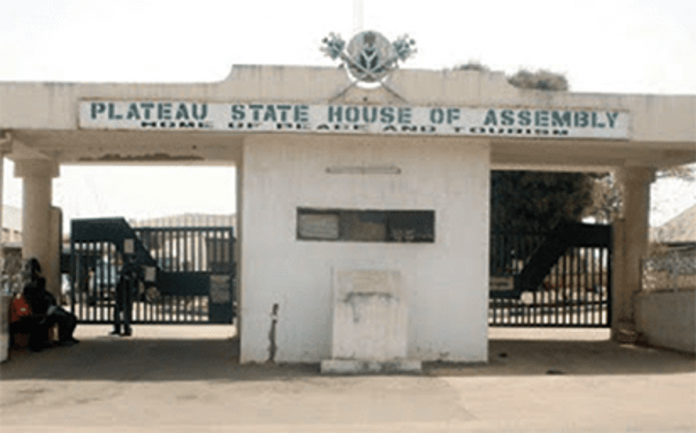 The Plateau State House of Assembly has passed a total of 6 bills out of the 63 bills so far presented before the house amongst which was the 2020 Appropriation Bills which was passed into law in December 2019.

Chairman House Committee on Information Dasun Philip stated this while briefing journalists on the activities of the State House of Assembly in the past one year of legislative function. He said the house has remained steadfast in service to the citizens by the privilege and mandate given to them.

According to him members of the 9th Assembly have contributed immensely to rich debates which have resulted from several motions brought before it as a matter of urgent importance, pending bills, annual budget, implementation of government policies among others. He applauded the leadership style of the House led by the Speaker which resulted in the house passing a Vote of Confidence in him.

Corroborating the House Committee Chairman on Information the only female lawmaker Esther Dusu said the unanimous decision of the House to donate half of their May salary to tackle COVID-19 to boost the palliative of the state government was a matter of great satisfaction to her. She said the House under the leadership of Nuhu Abok will continue to deliver on the House mandate of robust legislation and called on the public to continue to support the 9th Assembly.