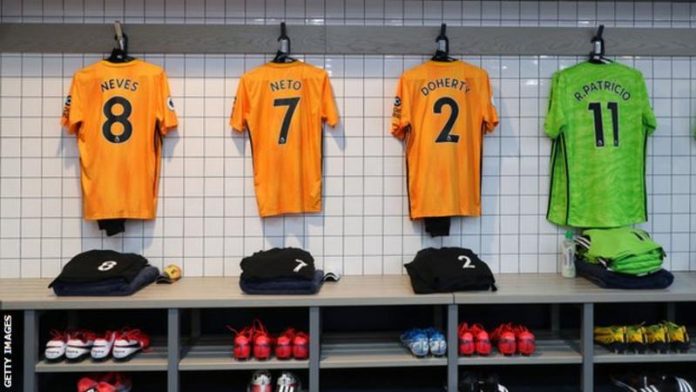 Premier League players’ names will be replaced on the back of their shirts with ‘Black Lives Matter’ for the first 12 matches of the restarted season. The Premier League will also support any player who chooses to ‘take a knee’ before or during matches.

Players in Germany have made gestures of solidarity with people protesting about the death of George Floyd. “We, the players, stand together with the singular objective of eradicating racial prejudice,” read a statement. In a joint message from all 20 clubs, players added that they were committed to “a global society of inclusion, respect, and equal opportunities for all, regardless of their colour or creed”.

A Black Lives Matter badge will feature on all playing shirts for the rest of the season alongside a badge thanking NHS staff for their work during the coronavirus outbreak. BBC Sport has learned that Watford captain Troy Deeney played a pivotal role in the discussions between club captains and the Premier League, alongside Leicester City’s Wes Morgan.