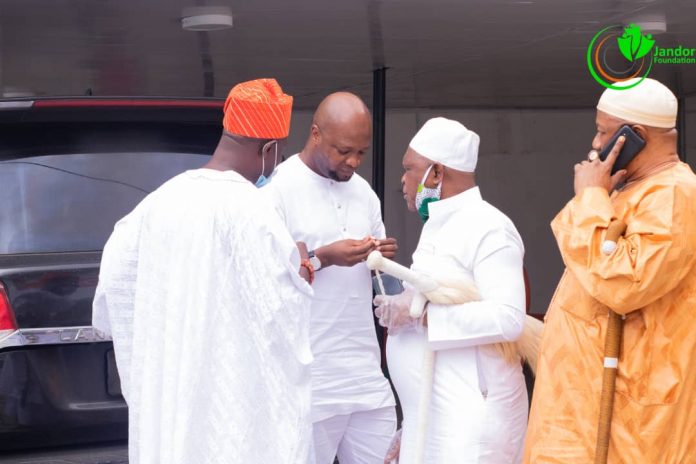 Two weeks after the death of Mrs. Ruth Adediran, tributes from great personalities across the state have not ceased, including from youths association and women groups.

On Monday, Traditional rulers in Lagos State paid a condolence visit to the Lead Visioner of Team Jandor, Mr. Abdul-Azeez Olajide Adediran, at the Liberty Place in Ikeja.

Late Adediran, was eulogised for her philanthropic enterprise well felt by women, young people and communities and this is said to be a connection well reflected on her children.

Speaking at the sideline of the meeting, the Central Coordinator of Team Jandor, Mrs. Funke Ijayekunle, confirmed that “His Royal Majesties came on a condolence visit to sympathise with the Lead Visioner over the death of his mother”.

Gas Revolution: Our objective is to transform Nigeria into an industrialised...