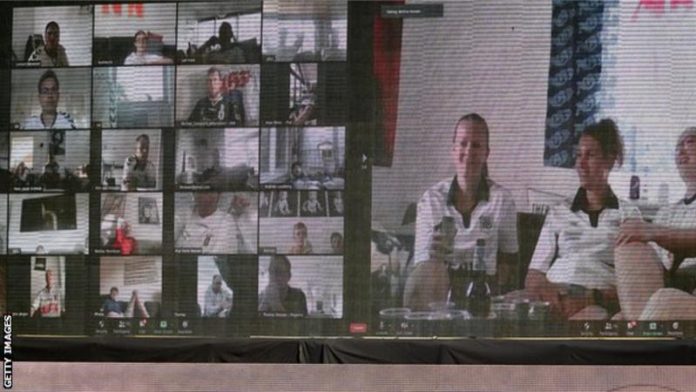 Fans on big screens and specific cameras to celebrate towards are some of the “broadcast enhancements” that will be used when the Premier League season restarts this week. A number of innovations, including tunnel cameras and audio from the coin toss, have been developed.

Some viewers will also be given the option of listening to games with or without artificial crowd noise. Players will not hear the audio effects in the behind-closed-doors games. The seats nearest the pitch will also have covers designed by each club “to improve the environment both visually and acoustically”.

As part of the plans, the Premier League has said live video feeds featuring 16 supporters from each club will be made available to broadcasters and to clubs for use on big screens during matches.

Some grounds, including Anfield, do not have giant screens and it is understood there are no plans to install a temporary one at the home of the Premier League leaders.