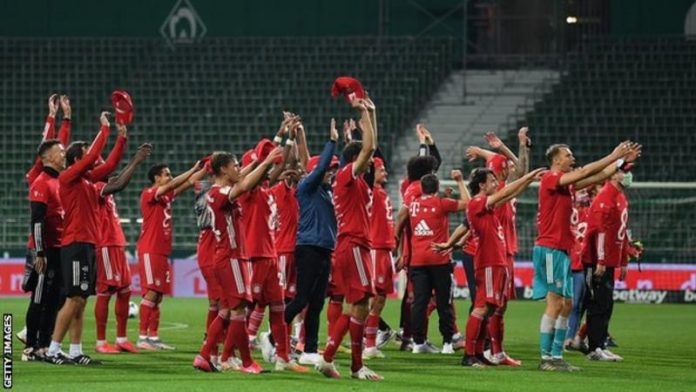 Robert Lewandowski chested down Jerome Boateng’s chipped pass to net the winner against Werder Bremen – and seal the league with two games to spare.

Bayern finished the match with 10 men after Alphonso Davies was sent off for two yellow-card offences.

2023 elections will be free of intimidation – Buhari