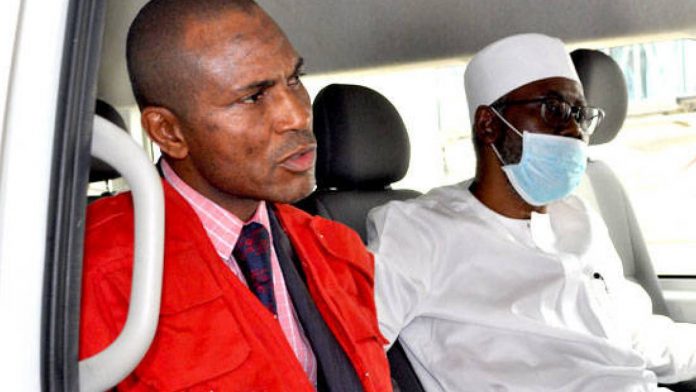 Former Attorney General of the Federation, Mohammed Adoke has been arraigned on fresh charges. Adoke was arraigned alongside Mr. Aliyu Abubakar. Both men had earlier been arraigned on a seven-count charge bordering on money laundering, bribery, and abuse of office.

A Federal High Court sitting in Abuja had granted Adoke bail in the sum of N50m with one surety in like sum after he pleaded not guilty to all charges stemming from his alleged fraudulent involvement in the Malabo oil deal.

The former AGF was first arraigned in December 2019 before the Federal Capital Territory (FCT) High Court upon his return to the country from Dubai.

Adoke’s lawyer and Senior Advocate of Nigeria, Mike Ozekhome, at the last hearing of the case earlier in the year, accused the Economic and Financial Crimes Commission (EFCC), of holding his client “in permanent custody,” adding “this has further jeopardized his very poor and fragile health.”

Prophet, six others charged to court over kidnap of one-year-old boy