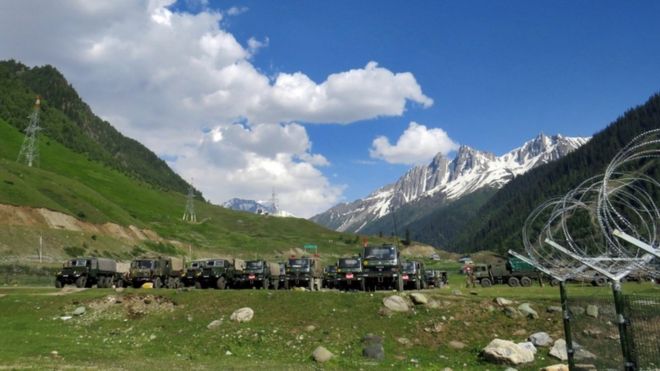 China and India have accused each other of provoking fighting in which at least 20 Indian soldiers were killed in a disputed Himalayan border area.

Soldiers reportedly brawled with sticks, bats and bamboo sticks studded with nails in the late-night clash in the Ladakh region on Monday.

But both sides insist no shots were fired, as part of a longstanding pact. India’s army said that both sides suffered casualties. China confirmed the incident but did not give details. The Indian statement notes that injured soldiers were “exposed to sub-zero temperatures in the high altitude terrain”.

It is the first deadly clash between the two sides in the border area, in the disputed Kashmir region, in at least 45 years. India said China had tried to “unilaterally change the status quo”.