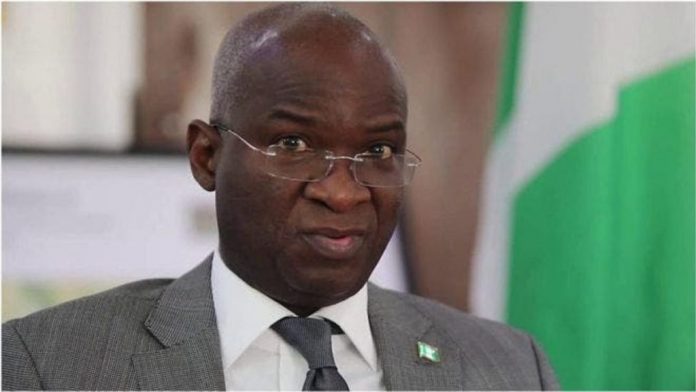 The honourable Minister of Works and Housing, Babatunde Fashola, has disclosed that he has not left the nation’s capital since the 22nd of March after an inspection tour of the Enugu-Port Harcourt highway and a visit to Lagos.

The Minister in a statement signed by his Special Adviser on Communications, Hakeem Bello, said this clarification became necessary following the controversy generated by a concert and a flight from Lagos to Abuja that attempted to link him to the flight.

The Minister added that for the avoidance of doubt and purpose of clarity he has nothing to do with the flight as contained in a letter signed by the Chairman/CEO of Executive Jets Services Limited, Sam Iwuajoku concerning a flight it operated to Abuja last weekend as he has been in Abuja since the 22nd of March without leaving.

He disclosed that the decision taken by him was in strict compliance with the Federal Government’s ban on inter-state travels as part of efforts to control the COVID-19 pandemic. He concluded that it is therefore ridiculous for Dr Iwuajoku to attempt to link him with any noncompliant flight.

Brexit: New era for UK as it completes separation from European...